It was May when I last wrote about our Easter trip to Wester Ross…jings…that was a wee while ago now.  Last seen we were parked on the terrace at the Inn at Badachro, not a bad place to be parked with the sun shining and barely a cloud in the sky.  We were wanting a bit more of that for a jaunt up the coast, past Ullapool, and into glorious Assynt.  It hadn’t been so glorious during our last visit in October of last year.  The cloud had been down and there was not a single mountain top in sight…and that’s what makes Assynt…those character mountains poking straight up out of the surrounding countryside.

The day after the Badachro trip promised to be a good one so we were off on a quest for pies.  Hmmm….I’ll come back to that later.

Our first stopping off point was Knockan Crag where geologists first realised that fault systems could position old rocks on top of newer ones (The Moine Thrust).  The Fatdog appeared incredibly interested in this phenomenon…or maybe someone had just finished their lunch at that particular spot. 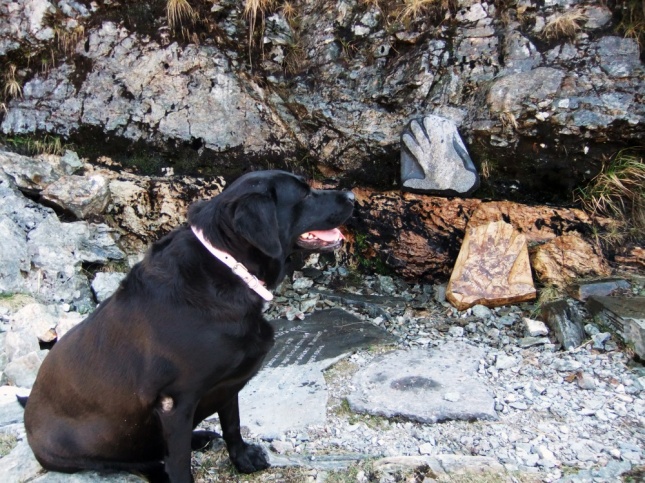 I managed to persuade J that it would be worth following the trail past the Moine Thrust to the viewpoint beyond so FD led off along the narrow trail across the face of the crag.  Here are a few photos. 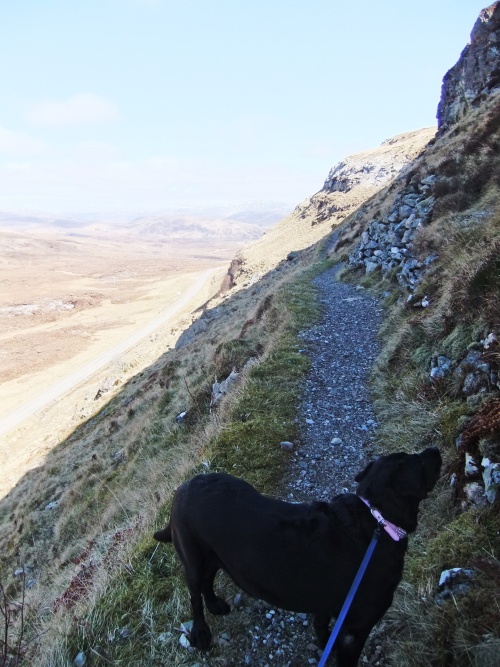 A distant Suilven zoomed in...looks tricky to find a way up! 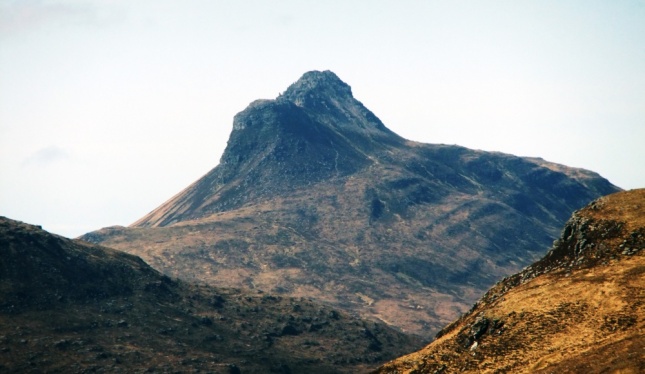 A year ago we were up there! Stac Pollaidh.

Across Lochan an Ais

It was one of those moments when I wished I had had my camera in my hand.  Standing at a counter in a pie shop would not normally be a place I would think to carry a camera…and so one of the great shots of all time was missed.  As I stood there gazing fondly at those wonderful looking pies, my nose twitching and my chops dribbling, I happened to glance back towards the door…to see The Fatdog, face jammed up against the glass, nose twitching and chops dribbling.

On the home page of the Lochinver Larder you can see the top of the door where FD stood in awe.

As we sat in “The Tank” some 15 minutes later, pies all gone, there was a general consensus that the daytrip up to Lochinver had been well worth the effort.  These are not cheap pies…but they are bloody good!

On the way back to the cottage we had a quick walk around the All Abilities path at the west end of Loch Assynt with its views to Quinag and then a brief stop off at the ruins of Ardvreck Castle and Calda House at the east end of the loch. 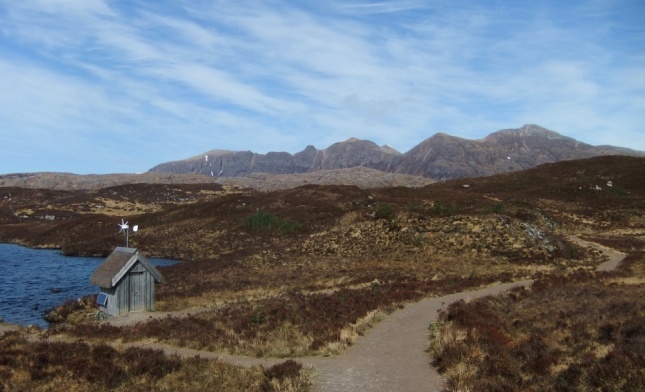 Quinag from the All Abilities path 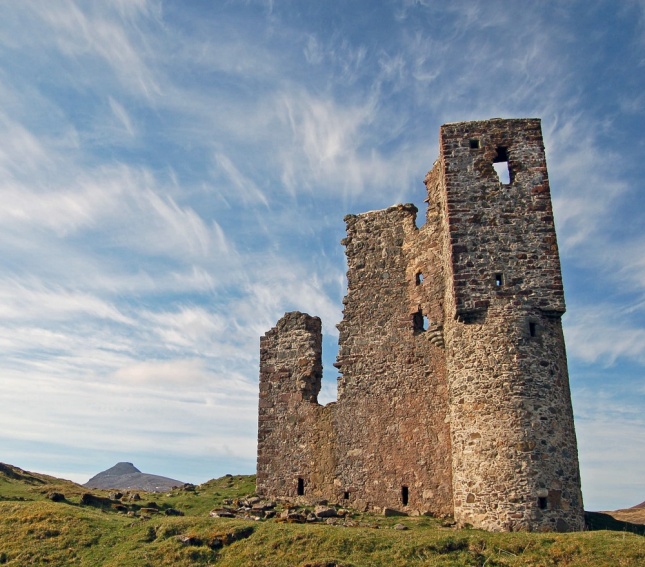 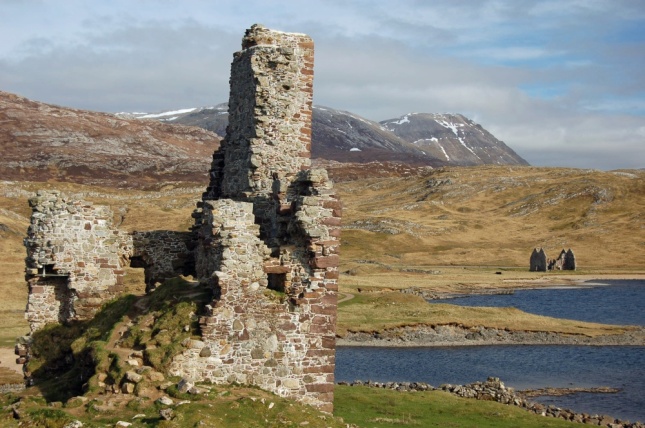 A bit blurry...but Knockan to the south of the map - Lochinver - north west

Not a bad trip out…all for a pie!